This post is a part of the daily blog series

A Tip A Day, daily dosage of learning!

As part of this blog series, A Tip A Day, I post Salesforce learnings every day but for a change I thought I should post this message I received today – Still a Tip, but for Life!

New York is 3 hours ahead of California,

but it does not make California slow.

Someone graduated at the age of 22,

but waited 5 years before securing a good job!

Someone became a CEO at 25,

While another became a CEO at 50,

Someone is still single,

while someone else got married.

Absolutely everyone in this world works based on their Time Zone.

People around you might seem to go ahead of you,

But everyone is running their own RACE, in their own TIME.

Don’t envy them or mock them.

They are in their TIME ZONE, and you are in yours!

Life is about waiting for the right moment to act.

You are very much ON TIME, and in your TIME ZONE!

In conclusion don’t rush to get and don’t be sad if things turn out to be slow.

Have a great day!

Read all other tips of the blog series here – A Tip A Day, daily dosage of learning!

Show your love by sharing this: 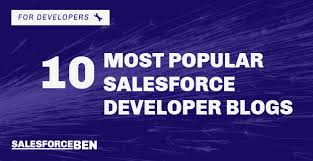 Translate to your Language